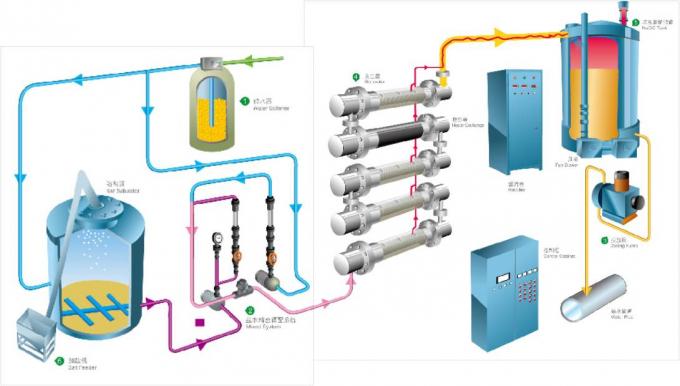 ◆ The only material needed are salt and water . Salt can be safe and convenient transportation, storage, without any volatile and other toxic, no focus on chlorine needed hazards monitoring requirements on terror

◆ Sodium hypochlorite generator machine got a failure, just shut down and will not cause any harm to the equipment, personnel or nearby residents around.